Joseph Spencer on Isaiah, baptism, and the Godhead in the Book of Mormon 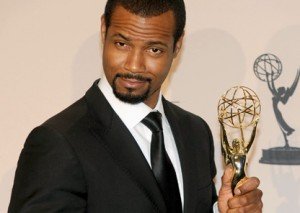 I recently read two articles about the use of Isaiah in the Book of Mormon that pointed out interesting patterns and drew some even more interesting conclusions.

Garold Davis (who is a really nice guy—he taught me in his front yard how to swing a golf club smoothly, whacking whiffle balls into his pine tree) points out that Isaiah is quoted and interpreted extensively throughout 1 Nephi and 2 Nephi, then he virtually drops off the map all through Mosiah, Alma, and Helaman, until he shows up again in 3 Nephi when the Savior quotes from and reemphasizes him during his visit to America.

The only exception to this dearth of Isaiah is during Abinadi’s speech, in Mosiah 12 and 14 (see this list by Grant Hardy of every time the Book of Mormon quotes other scripture for at least two verses). However, Davis points out that while Isaiah shows up in Mosiah, several of his major themes are still absent. From Enos all the way through the first seven chapters of 3 Nephi (before the Savior comes), the phrases “house of Israel” and “gentile” are never used, nor is the word “covenant” ever used to refer to the Abrahamic covenant (look it up!). (Jacob doesn’t quote Isaiah in his own book, but he does during his sermon recorded in 2 Ne. 6–10, and throughout his own book he uses these three Isaiah-themed phrases.) Thus:

Why is that? What is the reason for this pattern of Isaiah’s usage in the Book of Mormon. Davis doesn’t really suggest any answers to this question he raises, but another author does.

Joseph Spencer notes the same pattern pointed out by Davis, then he proposes an explanation. Interestingly, the only exception to the dearth of Isaiah in the middle of the Book of Mormon—Abinadi’s sermon—is the key moment (according to Spencer) that initiated the decline in Isaiah’s use. Spencer introduces “an argument that cannot be presented in any detail here.” His brevity unfortunately involved omitting explanatory details or further reading I would have liked to look in to. However, his explanation goes kind of like this:

Thus, the argument goes like this: Nephi quoted extensively from Isaiah’s prophecies of the literal scattering and gathering of Israel, including how the gentiles could take part in that. Noah and his priests wickedly twisted those prophecies to show themselves as having fulfilled it and thus to justify their immorality and laxness about the law. Abinadi disabused them of their incorrect interpretation of Isaiah by showing them passages that emphasized personal righteousness and repentance, and later prophets like Alma built on those teachings. Unfortunately, Nephite believers carried that too far and neglected Isaiah to the point that they forgot the unique roles that the house of Israel is to play in the last days. When the Savior came, he quoted extensively from Isaianic passages (near the one Abinadi used, in fact) and reminds the Nephites that they are literal descendants of Israel, whose writings will play a key role in gathering Israel in the last days and bringing gentiles into the Abrahamic covenant.

I find this a plausible (and intriguing) way of reading between the lines in the Book of Mormon to see why Isaiah and his themes disappear then reappear.

Spencer also makes an interesting connection between the Isaiah mystery and another interesting question. When the Savior first appears to the Nephites, one of his very first actions is to clear up “disputations” that had apparently been ongoing among believers (3 Ne. 11:22). The disputations were apparently about two things: baptism (the purpose and/or method) and “points of my doctrine” (v. 28). The particular point of doctrine that he focuses on, beside baptism, seems to be the nature or oneness of the Godhead (v. 32, 35–36).

These corrections or clarifications from the Savior naturally raise in the reader’s mind the question, “What were the specifics of the doctrinal disputes? The more wicked part of the people had been destroyed, so these were apparently disagreements between mostly like-minded, covenant-keeping followers of Christ. What details regarding baptism and the Godhead were they coming to different conclusions on? What were the two (or more) positions? And how did they reach different conclusions on these topics? For example, were they interpreting the same passages of scripture differently? If so, what passages?”

Spencer proposes that the answer to these questions is directly related to the pattern of usage (and dis-usage) of Isaiah in the Book of Mormon (the same pattern pointed out by Davis). Spencer proposes that the way one interprets Isaiah is connected to a certain view of baptism and the Godhead. An emphasis on certain Isaiah passages, or on a certain interpretation of them, led to emphasizing certain aspects of baptism and the Godhead over other aspects. Spencer does not go into as much detail as I would have liked regarding this intriguing thesis, but as far as I could reconstruct from his brief allusions, these would be the two strands of thought:

I’ve explained the two uses of Isaiah above, both of which are valid. Likewise, Joseph Fielding Smith explained that there are at least two purposes of baptism:

There is nothing strange in the fact that when the Lord came to the Nephites, Nephi was baptized and so was everybody else although they had been baptized before. … We have a similar condition in this dispensation. The Prophet Joseph Smith and Oliver Cowdery were baptized by command of the angel John the Baptist. (JS–H 1:68-72.) Several others were baptized before the organization of the Church. However, on the day the church was organized, all who had been previously baptized were baptized again, not for the remission of sins, but for entrance into the Church. (Joseph Fielding Smith, Answers to Gospel Questions, v3, ch. 54: “Rebaptism of Nephi 3“)

Spencer doesn’t explicitly say what the difference was between the perspectives on baptism, but I think he may have been alluding to these two purposes identified by Joseph Fielding Smith. Nephi clearly emphasizes the remission of sins and the gift of the Holy Ghost in 3 Ne. 31–32. Alma, on the other hand, emphasizes that baptism brought people into a community committed to helping each other (Mosiah 18:8–9). (I’m sure both prophets understood all the purposes of baptism; as always, prophets tailor their messages to the needs of the particular audience at the particular moment.) It makes sense, in a way, why Nephi might not mention the communal purpose of baptism. Brant Gardner observes,

Alma is very clearly baptizing into a separate community. Both he and the people who have followed him have separated from their homes and repaired to a completely separate location. … As a covenant not only of cleansing, but also of entrance into this specialized community and religion, they accept baptism. … Where they baptized for entrance into a community, Nephi’s community already existed as distinct entity, and the baptism was added on to the whole community’s belief structure. (Brant Gardner, Multi-dimensional Commentary on the Book of Mormon, Mosiah 18:8–10)

Since Nephi’s audience were already part of a distinct community, he emphasized the cleansing aspect of baptism.

Regarding the Godhead, Spencer does not say much beyond the fact that Nephi and Abinadi have different ways of explaining the relationship between the Father and the Son (cf. 2 Ne. 31:18, 21 with Mosiah 15:1–5). When the Savior gives his own explanation, it parallels Nephi’s language (3 Ne. 11:27, 36). I’d like to study this more closely, because to me some of the passages about the Godhead are really obscure. As Latter-day Saints, we often emphasize what they don’t mean—that the three members of the Godhead are one being. But that doesn’t always answer the question of what a particular passage does intend to teach us about them. According to Spencer, Nephi and Abinadi emphasized different aspects of the oneness of the Godhead, which correspond to the different purposes of baptism and to different strands of thought in Isaiah. I’d very much like a more thorough explanation of what those aspects of the Godhead were.

I must add, my main reservation about Spencer’s article is that his language sometimes makes it sound like Abinadi was directly and intentionally contradicting the writings of Nephi. That makes no sense to me, since both were clearly speaking inspired words from God that were canonized. However, I may have been misreading him.* Besides, I think Spencer’s main thesis (that certain views of Isaiah, baptism, and the Godhead are connected) doesn’t require us to conclude that Abinadi was contradicting Nephi, only that later reader’s were taking the emphases, interpretations, or applications of certain writings too far, to the point that they began trying to play one prophet’s words against another’s.

I’m posting this because I wanted to summarize the question framed by Davis and the solution proposed by Spencer. Doing so helps me understand it better, and makes the ideas more accessible to others. It’s intriguing to see some light shed on a major, overarching theme in the Book of Mormon. I also have several questions for Spencer about interesting details in the article, and I hope I have the chance to get them answered.

Note: This article was followed by an interview in which Joe Spencer answered several of my questions.

* I was misreading him. In an email reply, Joe Spencer told me, “I actually don’t see them as essentially irreconcilable. I’m much more inclined to see the real rivalry as residing in the interpretations of later Nephites. In my book, I make clear that I see both Abinadi and Nephi has having been guided by the Lord, and I make some guesses about what the Lord seems to have been doing in introducing the Abinadite tradition.