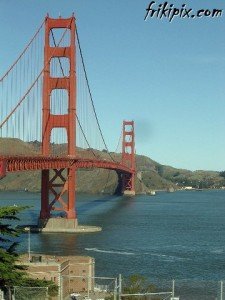 I have a question for anti-circumcision activists who also support abortion.

Recently a group in San Francisco proposed a law that would make it illegal to “circumcise, excise, cut, or mutilate the whole or any part of the foreskin, testicles, or penis of another person who has not attained the age of 18 years.” The lead organizer’s reasoning goes like this:

“When you take an infant, hold them down and give insufficient or no anesthesia and you cut off the most sensitive part of their body, there’s no question it’s exactly the same [as female genital mutilation],” said Schofield.

The measure did not pass, probably because it directly targets the religious freedom of Jews. But it raised an interesting question in my mind.

I think it’s very safe to assume that most of the people supporting the measure are on the liberal end of the political spectrum, and would favor elective abortion. The common justification is that the fetus is not a human being yet and therefore has no rights.

I would love to ask proponents of outlawing circumcision this question: Would you have any objections to circumcising a fetus? If it were medically possible to circumcise an unborn human in-utero, and there was near zero chance of harm to the mother, would it be fine, in your view, to “mutilate” its genitals?

If the answer is “Yes, that’d be fine,” I would think it’s a silly combination of positions, but I would have to hand it to them for being consistent. If the answer is “No, it’s wrong to circumcise a fetus,” then I would ask how they can reconcile that with the idea that it’s OK to abort a fetus. I would be very curious to hear the ethical gymnastics that resulted.