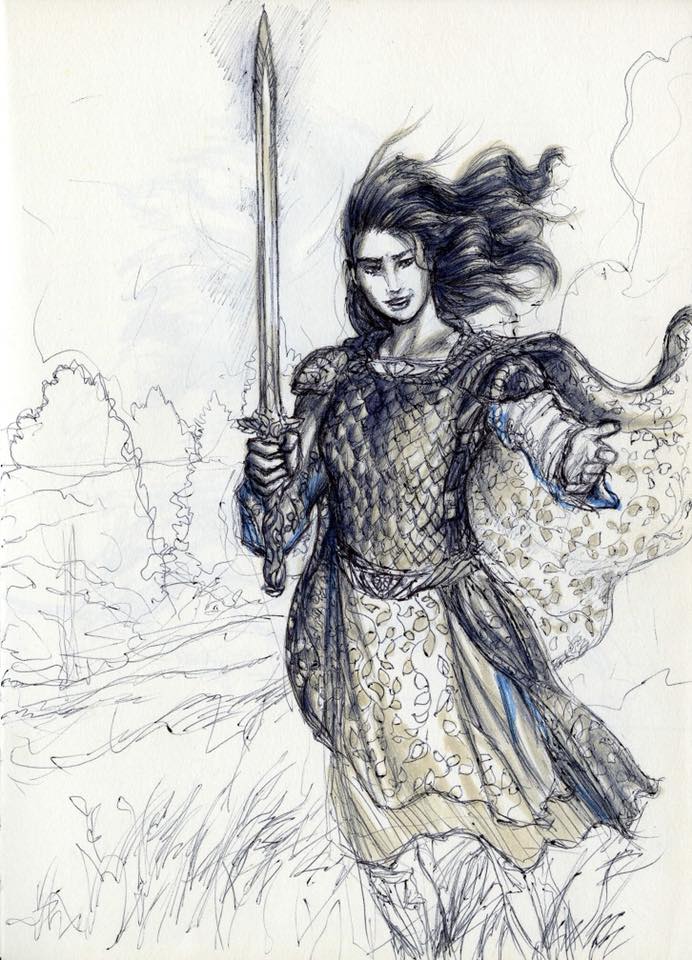 I stumbled across this painting back in autumn 2014 while browsing the LDS Church’s art competition. It struck me motionless, I found it so absorbing. It made me think of all the best qualities of motherhood, and I wanted to post my thoughts about it and the meaning I see in it.

Anita Mae Hart-Carroll, Modern-day Mother in Zion, oil on board; online at History.LDS.org, accessed 24 May 2018 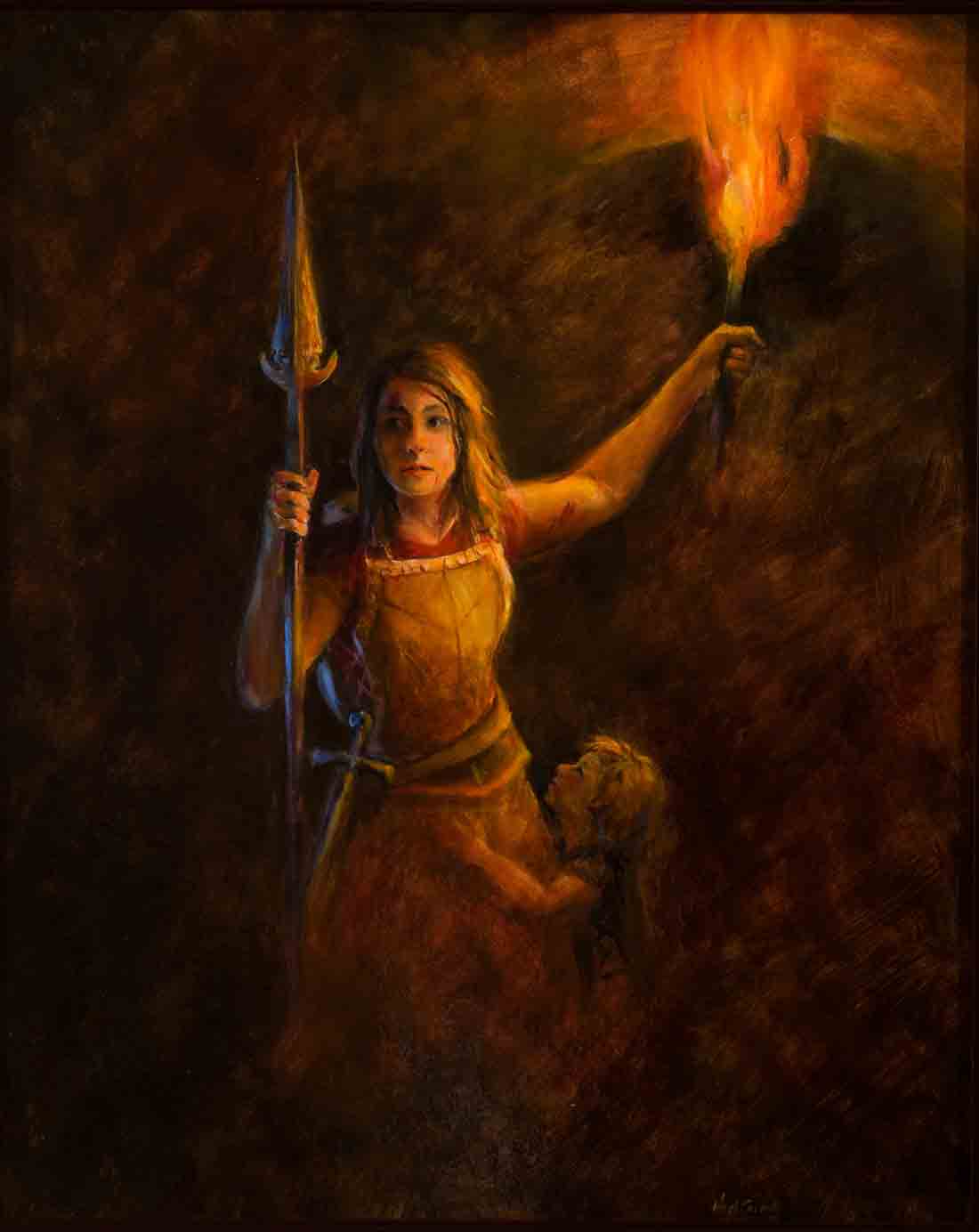 A woman—an everymother—makes her way with lighted torch through a dark tunnel. She is alert, wary, with proof of the reality of the danger in the trace of blood on her forehead. Some naysayer far behind her might claim there’s no danger, but she knows better. Her breastplate looks quite fittingly like an apron. Her sword is sheathed so she can hold her spear, preferring to dispatch foes while they are still at a distance, rather than dangerously close to the little one clinging at her waist and to the baby on her back—a baby who will probably never be fully aware of everything the mother did to protect them, nor even be able to see all the terrors she shields him from, for she goes before his face. Her face is focused, but not despairing. She is not relaxed, but neither is she despondent; she knows matter-of-factly that she can run this gauntlet successfully if she just doesn’t let her guard down. And she carries light with her wherever she goes.

I showed this painting to my wife and told her all the thoughts it raised in me. She loved it, too, and I ended up buying a framed version (on FineArtAmerica.com, if you’re curious).

A couple years later my friends’ college-age daughter Muriel Longstaff told my wife and I of a dream she had of Eve. It was short but powerful, one of those dreams that is composed at least as much of thoughts and feelings as of images. With Muriel’s permission, here is her description of her dream:

This is the dream I recorded in my journal the day after I had it:

I was in a field. A grass field (like wheat). It was tall, like up to my waist. The skies were clear. There were big pine and oak trees surrounding the field, but in the distance (it was a large field) the sky was a bright blue. It was midday.

There was a battle going on. Two major characters. The first was mother Eve. She was beautiful! Confident, long flowing golden hair. She was dressed for war. She had a gold breastplate on, and a shield, and a long bright sword. She was SO confident and trusting of her God. A woman I would like to emulate. She commanded her forces (I didn’t notice the size of her army or even her soldiers; I knew they were there, but she was the focus). It was indeed Eve. The mother of all living. My mother Eve. And I could feel her love.

The other major character was Satan. He too was dressed for war. It was like I was a ghost on the battlefield but Eve knew I was there. She fought that dragon. And he lost.

The thing that stood out to me the most (by FAR) was how confident she was. She radiated with virtue. She was the most beautiful woman I’d ever seen … yes by look, but that was pale in comparison to the beauty of her countenance. She glowed with virtue.

When Muriel told her dream to another of her friend’s, one Paul Gallo, he decided to sketch it. I absolutely love the result! Here is his drawing:

With all the garbage out there, it’s so refreshing to see deeply moving art that illustrates the things that matter most to me. I had to share these two items, and I hope it brings more attention to worthwhile art like this.